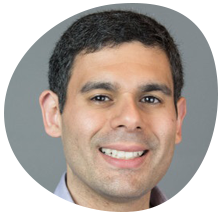 Eddie currently leads Corporate Development at Senti Bio, a synthetic biology company focused on developing next-generation cell and gene therapies for cancer and other difficult diseases. In addition, he advises Pear VC on life sciences venture investments in his role as a Visiting Partner. He has previously worked in R&amp;D at Kala Pharmaceuticals and in business development at Roche/Genentech. Eddie received his PhD in Biological Engineering from MIT, where he conducted his doctoral research on non-viral gene therapies under the guidance of Professors Robert Langer and Daniel Anderson. He received his BS and MBA degrees from Stanford.

The Latest of Cell Therapy: Healing vs. Hype