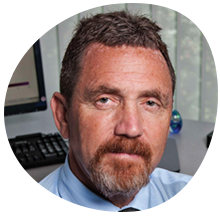 Dr. Benjamin Santer is an atmospheric scientist at Lawrence Livermore National Laboratory (LLNL) who studies natural and human “fingerprints” in observed climate records. His early research contributed to the historic 1995 conclusion of the Nobel-Prize-winning Intergovernmental Panel on Climate Change (IPCC): “the balance of evidence suggests a discernible human influence on global climate”. He served as lead author of a key chapter of that report as well as a contributor to all four assessment reports of the IPCC. Since 1995, Ben has identified human fingerprints in atmospheric temperature and water vapor, ocean heat content, sea surface temperature in hurricane formation regions, and many other climate variables.

Ben has received a number of awards for his research. These include a (1998) MacArthur Fellowship (MacArthur “genius” grant), an E. O. Lawrence Award, A Department of Energy Distinguished Scientist Fellowship and membership in the U.S. National Academy of Sciences (2011).

He is a prolific author and speaker, being a lead or contributing author of 189 peer-reviewed and other publications and 12 book chapters while participating in hundreds of speaking engagements over the course of the past 35 years.

In addition to his research, he cares deeply about the communication of climate science to a wide range of audiences. He writes for the Scientific American blog and has appeared on “Late Night with Seth Meyers”. Together with Chip Duncan and Dr. Hernando Garzon, Ben is a member of “The Three Tenors of Climate Change”. The Tenors are devoted to the task of improving public understanding of the science and impacts of human-caused climate change. In his spare time, Ben is an avid rock-climber and mountaineer.

Ben holds a doctorate in Climatology from the University of East Anglia, England. After completing his Ph.D. in 1987, he spent five years at the Max-Planck Institute for Meteorology in Germany, where he worked on developing and applying climate fingerprint methods. Ben joined Lawrence Livermore in 1992.