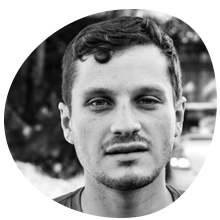 Frak is a rapper from the Bay Area. A songwriter, battle rapper, producer, comedian, and music video director, Frak’s art is at the intersection of all of these media. He’s dropped two albums, Limewire ’03 and Bagels, with over a million streams and views across platforms. He has performed on BET, MTV and Team Backpack, and his music has played during the Warriors playoff run at Oracle Arena.

Known for his freestyle skills, Frak started rapping at age 15 as the Bay Area MC Olympics champion, and since has been battling from Canada to the UK at events like Tourettes without Regrets and King of the Dot. He works with an organization called Youth Speaks, teaching hip-hop writing and freestyling around the Bay. He has played at festivals such as Hiero Day and Electric Forest and opened for artists such as Kendrick Lamar, Anderson Paak, Doja Cat, Travis Scott, Zion I and Earth, and Wind & Fire.