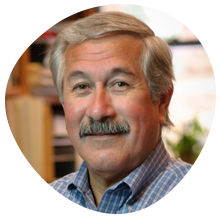 Al Camarillo is the Leon Sloss Jr. Memorial Professor and Professor of American History, Emeritus, at Stanford University. Camarillo’s storied career at Stanford began in 1975, when he was appointed in the Department of History.  He is widely regarded as one of the founders of ethnic studies, especially the field of Mexican American history and Chicano studies. He has published seven books and dozens of articles on the history of Mexican Americans and other communities of color. He is the only faculty member in the history of Stanford to receive six of the highest awards for excellence in teaching and service to the university. He was born and raised in Compton and is an alumnus of UCLA (BA ‘70, Ph.D. ’75).

He has lectured widely across the nation at universities and public history events. He is a frequent contributor to History Channel films and documentaries. He is the past president of the Organization of American Historians and the American Historical Association-Pacific Coast Branch. Camarillo is currently working on a book entitled Going Back to Compton: Reflections of a Native Son on Life in an Infamous American City, an autobiographical and historical account of Compton from the 1950s to 2010.

How Have Americans and Their Leaders Responded to Past Crises?